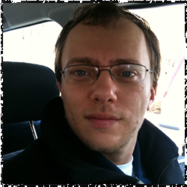 I'm a 37 year old Cg artist with more than 13 years of industry experience. Having worked both as a full time employee as well as a freelance artist, those years have above all else given me the ability to produce high quality work despite tight deadlines.

Started my working career as a generalist in the computer game industry. A few years later I found myself specializing as a "character modeller" only side tracking by now and then creating 2d material such as posters, concept art and look-devs. In 2006 I took a bold step out of the game industry and was introduced to pre-rendered 3D graphics at Ubisoft Massive's Cinematics department. Quickly realized how little a game development artist knows about movie productions, but soon found myself involved, hands on, in every step of the production and learned immensely from my colleagues. For almost five years there as a senior generalist, I did everything from concept drawings to compositing, up to the level of producing movies/scenes from start to finish by myself.

In 2011 this Cinematics department made a sudden turn towards "in-game" graphics. And by then I had developed a taste for movie and trailer production. Moving on was a natural career decision and so I started working as a freelance artist. Working mostly for commercial studios in Sweden and Denmark. The step into this new industry introduced me to a vfx workflow and a production pace considerably higher than the one in the computer game industry. I did not change my professional role into a specialized one, but have continued taking on multi-role assignments and projects that I could take pride in finishing.

I would say most important thing about my workplace is a good team spirit, that I'm able to involve myself to the point where I can influence the project as a whole, and feel my contribution matters.

In my spare time I try not to sit in front of a monitor. Prefer spending time with my girlfriend, dismemembering my motorbike or try to airbrush tiny plastic scale models without destroying our furniture while at it.